Are Protests and Demonstrations from Islam? 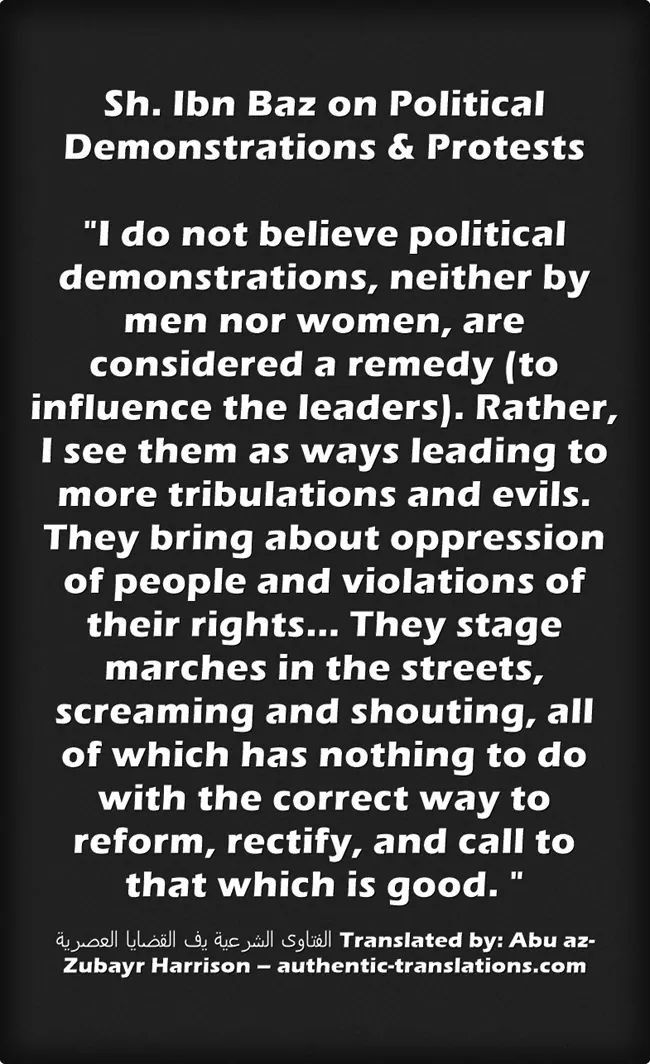 These are many reasons why the scholars view protest and demonstrations to be haram:

No protest ever witnessed is free from all these at least a few will be always present.

The salaf have agreed upon that leaving one sin is more beloved than committing many (seemingly) good deeds .

Secondly all protest are haram as they involve imitating the kuffaar the prophet said, “Whoever imitates a people is one of them.” Narrated by Abu Dawood, 3512; classed as saheeh by al-Albaani. Ibn Taymiyyah said about this hadeeth, “This at the very least indicates that it is haraam to imitate them, although the apparent meaning is that the one who imitates them is a kaafir (disbeliever). Iqtidaa al-Siraat al-Mustaqeem, 1/237.

Ramadhaan Lessons From the Noble Quran and Authentic Sunnah: Volume 2, 1440

Questions From the West Answered by Salafee Scholars